A Reflection on Real Break Romania 2014 By Nate Choma 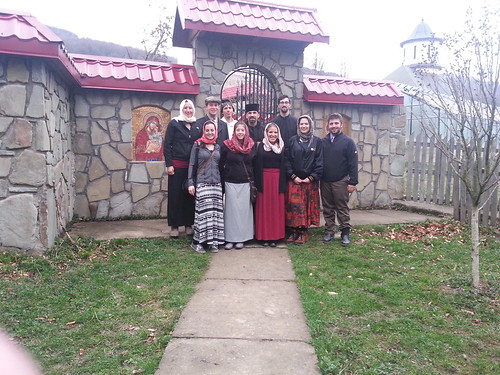 Before leaving for Romania, I wrote a letter to the members of my parish and Diocesan family essentially thanking them for all of the support and begging the Lord for a safe and productive journey.

But rather than focus upon this having been a trip from home and back, I feel as though this is a trip that involved leaving home and then leaving home again. I addressed my letter “to those I leave behind” and I feel that making it understood that I leave behind more people is most important.

Aside from the fact that an eccentric monk at a monastery (that claims home to the grave of Vlad Tepes) told me drinking the well water means that my soul never leaves said monastery, I feel as though I am leaving home in a way. The immediate engagement of relations between all of the students on the trip and the children of Pro Vita made it impossible not to feel as though I was leaving a life that began and ended much too quickly: as though a lifetime of knowing these children was condensed into a few days. In retrospect, I cannot imagine having not known them. 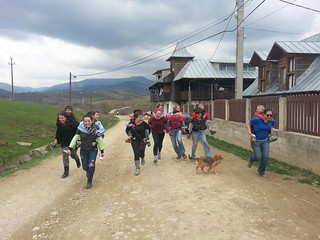 They say that some mission trips are all about service; going to a location to build or repair or perform many other forms of manual labor that benefits a population. Other mission trips are about spiritual enlightenment; giving the visiting group the chance to enrich their faith with sights and experiences that bring forth new life and light to a faith that is oppressed by a darkening world. We were told that our trip to Romania would be a mix of the two, and I say that it is neither. Yes, there were fine works done for the village of Pro Vita, and yes we did visit more churches and monasteries than I can count, but neither venture fully fits the mold of being what we expected. Because all of the work at the village was accompanied by the laughter and presence of the children we held so dear. And the care-taking of the children could never have struck us as work. Likewise, all of the exploration of our faith could not simply be called “enrichment” but instead it is best described as a renewal. Rene Descartes said (and I am paraphrasing) that to ascertain what we know, we must begin with nothing and determine absolute fact. When it comes to our faith, we did much the same. Our faith was not thrown out, but yet we had an utter renewal in the face of such absolute truth. 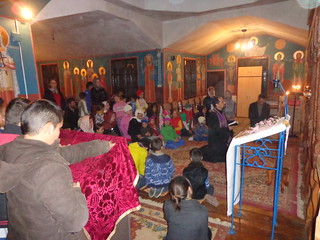 There was work done, significantly, I will admit. The work was in leaving. In telling the children we would be gone by morning and in packing our belongings. There was work in finding more space in our luggage to pack mementos and gifts, as if to attempt to bring back every little scrap of Romania we could, short of taking dirt directly from the ground to remember where we once stood. There was work in saying goodbye to one another, having a bond formed quickly and interwoven so perfectly that pulling apart was akin to tearing a tapestry, each of us trailing threads of the other as we split at the airport gates with a final prayer and somber goodbyes.

But I have come back, renewed and invigorated, knowing that there is good out in the world, good in Christ, and good still to be done in the world. My whole trip was a learning experience, and not simply that, but one that will stay with me until my end of days. Some lessons we learn for the moment and keep them in mind, and some lessons we learn in a moment and keep in our hearts. With that, I wish you all well and I am happy to be back among you, hopefully where you will let me prattle on about the minutia of my trip, because there is no end to the words that I have about it, meant to be shared with you all.