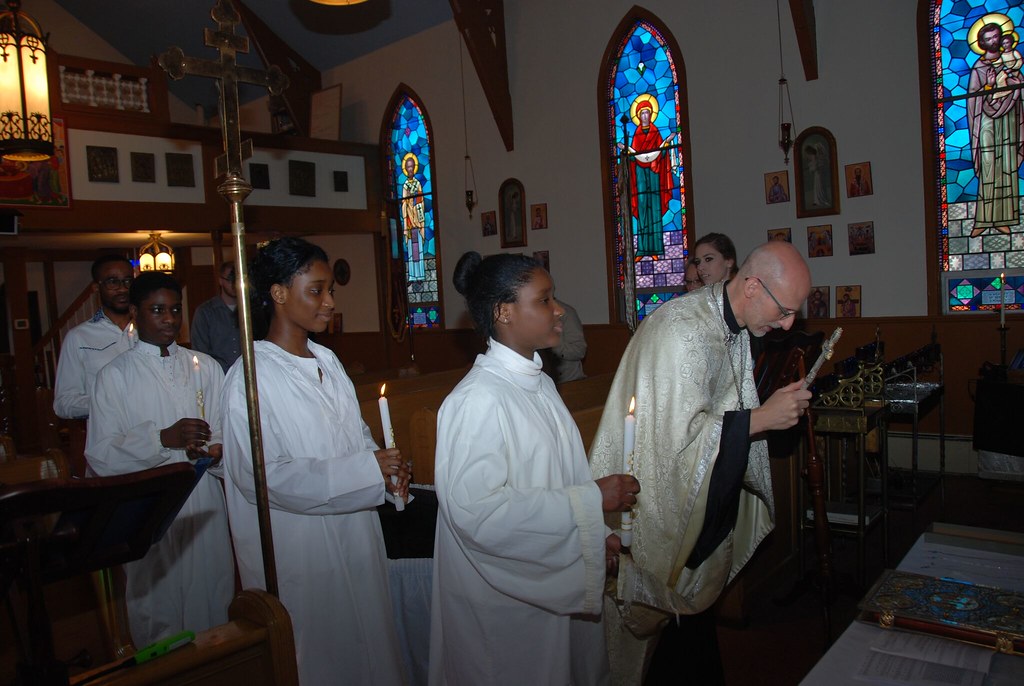 Before converting to the Eastern Orthodox Church, one should understand the following:

The Orthodox faith is not a religion; it is “a way of life” with guideposts to aid in each person’s journey in life. Becoming Orthodox is not a conversion but more so a work in progress of a transformation of self. It is not so much a destination but a journey where one, through their behavior and attitude, strives to live a holy life in the likeness of Christ. This transfiguration is known to Orthodox as theosis, where one strives to acquire a repentant mind, an open and clean heart, and a humble attitude, opening the door to receive the fullness of all that our Father in Heaven wants to give us.

“The process of becoming an Orthodox Christian can be compared very closely to the process of becoming a married person for it involves the same basic movements of courtship, engagement, and marriage. When a person first becomes interested in the Orthodox Church a series of initial interactions take place. Perhaps one visits for a liturgy, researches Orthodoxy online, or engages in a conversation with a friend who is Orthodox. If these initial interactions are blessed, a more studied process of inquiry follows which can be compared to the process of courtship. One who launches into this dance with the Church is called by the Church an inquirer or a seeker.” (From Starting Down the Royal Path: How to Become an Orthodox Christian By Archpriest Josiah Trenham, Ph.D.)

After launching into the “dance” as an inquirer and determining with their priest that it is appropriate for them, one can then become a catechumen and begin  preparation for being received into the Orthodox Christian Church.

There is no universally mandated catechism  for inquirers/seekers that desire to become members of the Eastern Orthodox Church. However, becoming a member begins by contacting the priest of any Orthodox parish who will assist  the seeker in his/her desire to become an Orthodox Christian. Should  he/she decide to pursue this endeavor, the journey involves self-examination, some counseling, and some education of the faith, determining what is best for them and those in their lives.

What is a Catechumen?

In the ancient Church, the catechumenate, or time during which one is a catechumen (one who is preparing for illumination or reception into the Orthodox Church), often lasted for as much as three years and included not only participation in the divine services but also catechesis, formal instruction from a teacher, often the bishop or appointed catechist. Exorcists often performed the catechetical role, as well, following their initial prayers of exorcism over the one being made a catechumen, which is the traditional manner of receiving a catechumen into the community of the Church.
As the Church eventually became the majority religion of the lands in which it sojourned, the catechumenate as an institution gradually died out in many places, as most Christians were being baptized shortly after birth. As Orthodoxy has moved into the West and Far East and begun gaining converts to the faith, the catechumenate has been significantly rejuvenated.

Catechetical instruction in Orthodoxy in America does not typically last the three years which was common in the time of St. John Chrysostom, but typically can last from six months to a year, or more, depending on a variety of circumstances—and should not be “rushed.” Just as we pray that God’s will, not our own, be done, so too we pray that we might embrace the faith in God’s time, not our own. Conversion involves a change or transformation in vision, direction and heart, one rooted in repentance and the acknowledgement of Our Lord as the One Who is “truly the Christ, the Son of the Living God, Who came into the world to save sinners.”

This period of instruction, discernment and spiritual formation also affords the seeker with the opportunity to develop and strengthen your relationship with the parish’s clergy and faithful—those with whom they will worship “in Spirit and truth” and with whom they will share in fellowship as a member of the Body of Christ, the Church. Naturally, it is crucial to “know” what the Church teaches and acquire an “Orthodox mindset” on the intellectual level, so to speak, but it is equally crucial to grow in identifying with the People of God, the worshiping community, through fellowship. One who would claim that he or she “wishes to embrace the faith but doesn’t want to get involved with other people and their lives” falls short in his or her understanding of the Church as the People of God and, as such, has yet to make that internal conversion that must take place before one is received into the Church. As Saint Paul reminds us, “so we, though many, are one body in Christ, and individually members one of another” [Romans 12:5; see also Ephesians 4:25]. In other words, one cannot embrace Orthodox Christianity without embracing Orthodox Christians.

It also must be noted that embracing the faith involves a “running to” Christ and His Church as the “Ark of Salvation,” rather than a “running away” from something—other than sin. Those who will guidethe seeker through his/her period of instruction and formation surely will help them in this regard.

In time, the seeker will be welcomed sacramentally into the Church and continue his/her ongoing path to the Kingdom of God.

A catechumen (one who plans to become a member of the Church) is received into the Church by the Holy Sacraments of Baptism or Chrismation or both.

Baptism is an outward sign of an inner belief, a profession of faith, the rite of passage, the dying of the worldly person, and the resurrection of a new person in union with Christ. It is opening the gateway to enter the Kingdom of God.

Chrismation is receiving the Seal of the Holy Spirit immediately following baptism by anointing the newly illumined catechumen with this blessed oil. Any catechumen having been baptized in another recognized Christian faith does not have to be re-baptized and may enter the Church through the anointing of the Holy Sacrament of Chrismation.

The purpose and intent of becoming an Orthodox Christian is NOT to think that one could score enough points to slide into heaven but rather to allow the manifestation of the existence of Christ within us. God became man so that man could become “god-like” (John 10:34 & Psalm 82:6). We are “children of God” (John 1:12), “sons and daughters of God” (2 Cor 6:18), and “partakers of the divine nature of God” (2 Peter 1:4).

We approach our relationship with Christ from a transition of worldly thinking of “being right” to “right being,” the reality of the eternal. Making an effort to understand and learn Christ’s real intention and purpose is a major step in our journey.

As Orthodox Christians, we believe in the profession of faith known as the Nicene Creed, established in the early ancient church when the church was one.

About the Orthodox ChurchInterested in Becoming an Orthodox Christian? Articles On The FaithMIni-Courses, Lectures and RetreatsOrthodox Scripture StudiesYouth Reading RoomResources and LinksBasic Teachings and FAQS