The Consecration (Ordination) Of An Orthodox Bishop 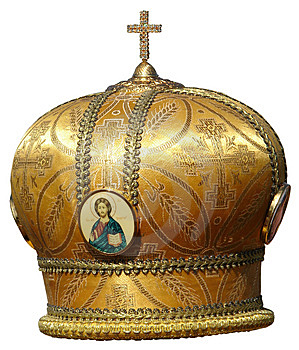 The Consecration (Ordination) of an Orthodox Bishop is the process during which a candidate for the Episcopate receives the fullness of the grace of the Priesthood through the Sacred Mystery of Ordination by the laying of hands (in the Greek: Cheirotonia) in succession from the Holy Apostles. The office of Bishop is the highest clerical rank in the Orthodox Church. While some Bishops may receive titles such as Patriarch, Metropolitan, or Archbishop, all Bishops are equal and the titles are administrative ranks and marks of dignity and honor. At his Consecration, a Bishop receives grace not only to perform the Sacred Mysteries but also to bestow the grace of Ordination on others.

The Scriptural foundation for Cheirotonia is found in the Acts of the Apostles (Acts 1:15-26; Acts 6:2-6) and the Epistles to Timothy (1 Timothy 4:14; 2 Timothy 1:6). The procedure leading to the Consecration of a new Bishop involves two stages: first, the selection of the candidate, usually referred to as the election, and second, the Consecration ritual of Cheirotonia during a Divine Liturgy.

The election process may be one of a number of different techniques depending on the traditions and rules of a Diocese or local church, such as through a council of the Diocese or local church, a committee of Bishops of a local church (i.e., a Synod of Bishops), or by appointment by the Senior Bishop of the local church. In the American Carpatho-Russian Orthodox Diocese, the Diocesan Priests meet in assembly to nominate a candidate for Bishop. The name of the nominee is forwarded to the Holy and Sacred Synod of the Ecumenical Patriarchate of Constantinople, by the Archbishop of America, the Exarch of the Ecumenical Patriarchate for canonical election. Candidates for the Office of Bishop, must be unmarried males, who are drawn from the monastic ranks. If not a monk, the candidate must take monastic vows and become a monk. If not a Priest, he must receive Ordination as a Deacon, if not already a Deacon, then as a Priest. The person elected to the Episcopate must voluntarily accept his nomination before the Consecration can proceed.

Because the Acts of the Apostles describes the Cheirotonia being accomplished with prayer, the Consecration of a Bishop and the Ordination of a Priest and Deacon, is always performed within a Divine Liturgy each at a different liturgical moment. A Deacon is ordained by a Bishop late in the Liturgy, following the Consecration of the Holy Gifts, because his role is to assist with the distribution of Holy Communion. A Deacon is elevated to Presbyter by a Bishop prior to the Consecration, because it is his distinguishing grace to invoke the Holy Spirit. A Bishop is ordained before the Scriptural readings, because it is his special role to preach and teach the Gospel, and also in order to ordain others. Whereas a single Bishop suffices for the Ordination of a Deacon or Priest, the Holy Canons require that at least three Bishops participate in the elevation of a Priest to the Episcopacy.

An Episcopal Ordination begins before the Divine Liturgy, when the Bishop-Elect, vested in an epitrachelion and phelonion and carrying the Holy Gospel, is escorted by two Deacons through the Royal Doors to the center of the Solea. There the Archbishop and his concelebrant Hierarchs are seated on their thrones, facing the Sanctuary. The Bishop-Elect opens the Holy Gospel and reads a document containing his Confession of Faith.  He at first professes the Nicean-Constantinopolitan Creed, then receives the blessing of his Consecrating Bishops. He returns again to the Solea where he continues his profession of faith by promising to adhere to the decisions of the Ecumenical Councils and to honor and in no way alter – neither dogmas nor traditions, but adhere to them and teach them to his divinely chosen flock. After receiving the Hierarchs' blessing a second time, he completes his profession of faith by promising to maintain the unity of peace in the Church and to be free from any evil intentions and by pledging his obedience to the ruling Patriarch or First Hierarch of his Diocese. Finally, he receives the blessing once again of the assembled Hierarchs and presents his signed profession of faith to his Consecrating Bishop.

During the Divine Liturgy, after the Trisagion the Bishop-Elect kneels before the Holy Table, touching his forehead to it while the Gospel Book is opened and laid, with the writing down, upon his neck. All of the Consecrating Bishops place their hands on the Gospel and say the Prayer of Consecration, during which the Holy Spirit descends upon the new Bishop and imparts the grace of the Episcopate upon him. The Bishop is then clothed in the vestments of a Bishop and presented to the people. The ancient participation of the laity in the Consecration of Bishops is retained in their triple acclamation of Axios ("He is worthy") at the time the omophorion is placed on the new Bishop's shoulders.

According to the Canon 1 of the Apostolic Canons, the Consecration of a Bishop must be accomplished by three or more Bishops.

After his Consecration, if he is elected to be a ruling Bishop of a Diocese, he is formally enthroned (installed) as the ruling Bishop by the Senior (Consecrating) Bishop. The enthronement usually takes place at the end of the Consecration Liturgy.

The Consecrating Bishop leads the newly ordained Bishop through the Royal Doors to to the congregation and then bestows upon him the final liturgical items associated with the Episcopacy. With the bestowal of each liturgical item he exclaims: Axios! (He is worthy!)

The Archbishop presents him with the Pastoral Staff, the emblem of Episcopal authority that the Church entrusts to him, saying:

Receive this Staff to shepherd the flock of Christ entrusted to you. To the obedient let it be a help and a support. With it, lead the disobedient and the wayward to admonishment and instruction.

The newly ordained Bishop is led by the Bishops to his Episcopal Throne where he pronounces the final blessing of the Divine Liturgy, to which the faithful respond Eis Polla Eti Despota – Many Years Master!

Click Here To View Complete Text of the Episcopal Consecration Service For His Grace, Bishop Gregory of Nyssa With Explanatory Annotations.