BINGHAMTON, NY -- [Very Rev. Protopresbyter James S. Dutko]  It was both an honor and a blessing to have the privilege to travel to Rome to participate in The Chrysostom Seminar at Domus Australia in Rome on November 13th. The forum dealt with the issue of the ongoing obstacles of the ordination of married seminarians to the priesthood of the Eastern Catholic Church in North America. Themes of the Addresses 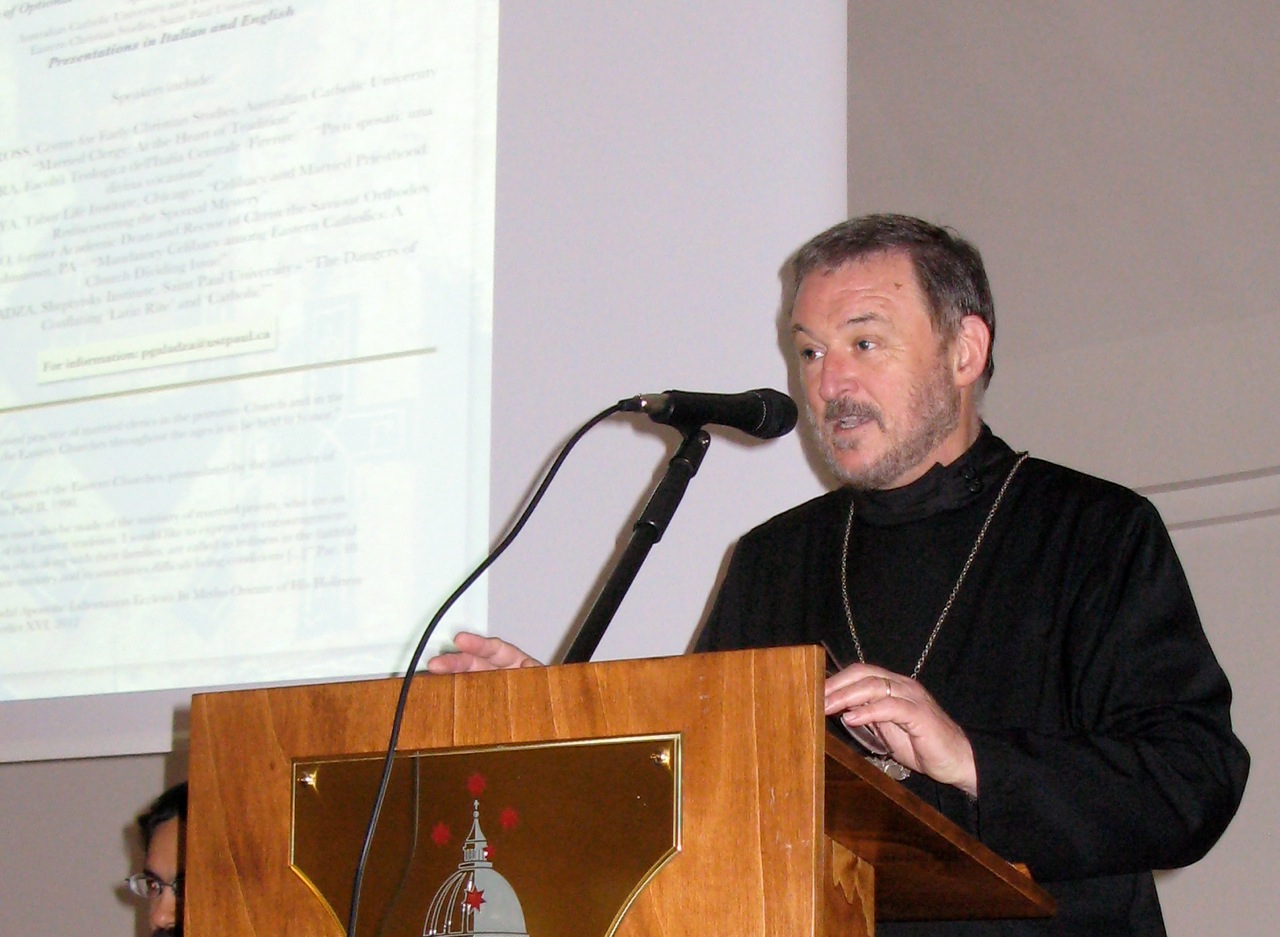 "Those who are called to the married priesthood are, in reality, called to a spiritual path that in the first place, is characterized by a conjugal, family form of life," he said, and priestly ordination builds on the vocation they have as married men.

Fr. Cross and other speakers at the conference urged participants to understand the dignity of the vocation of marriage in the way Blessed John Paul II did: as a sacramental expression of God's love and as a path to holiness made up of daily acts of self-giving and sacrifices made for the good of the other.

"Married life and family life are not in contradiction with the priestly ministry," Fr. Cross said. A married man who is ordained is called "to love more, to widen his capacity to love, and the boundaries of his family are widened, his paternity is widened as he acquires more sons and daughters; the community becomes his family." 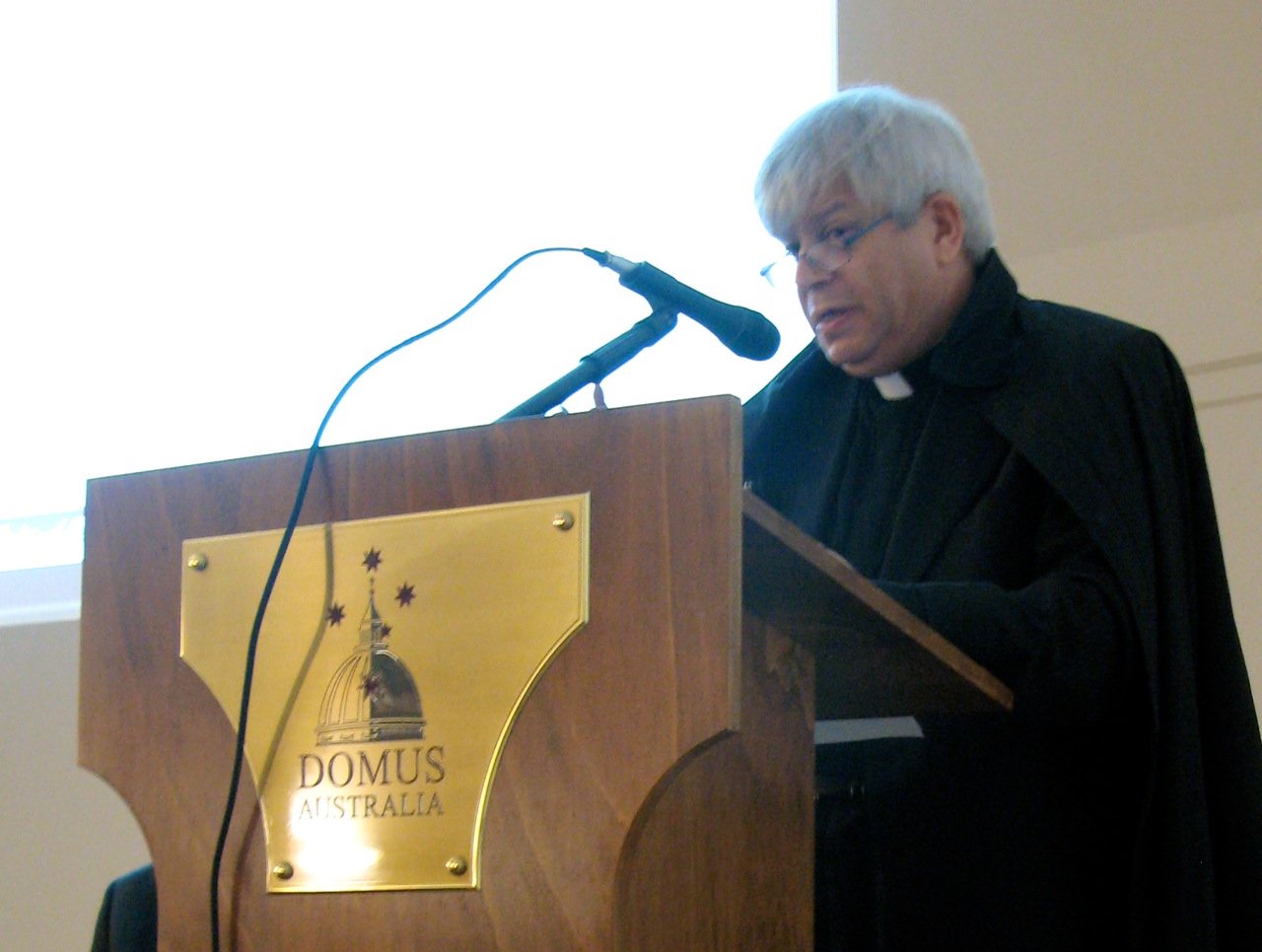 Fr. Basilio Petra, a Latin Rite priest and expert in Eastern Christianity and professor of theology in Florence told the conference: "God does not give one person two competing calls."

"If the church teaches—as it does—that marriage is more than a natural institution aimed at procreation because it is "a sign and continuation of God's love in the world," then the vocations of marriage and priesthood "have an internal harmony," he said.

Fr. Petra, who is a celibate priest, told the conference that in the last 30 or 40 years, some theologians and researchers have been making a big push to "elaborate the idea that celibacy is the only way to fully configure oneself to Christ," but such a position denies the tradition of married priests, configured to Christ, who have served the church since the time of the apostles." 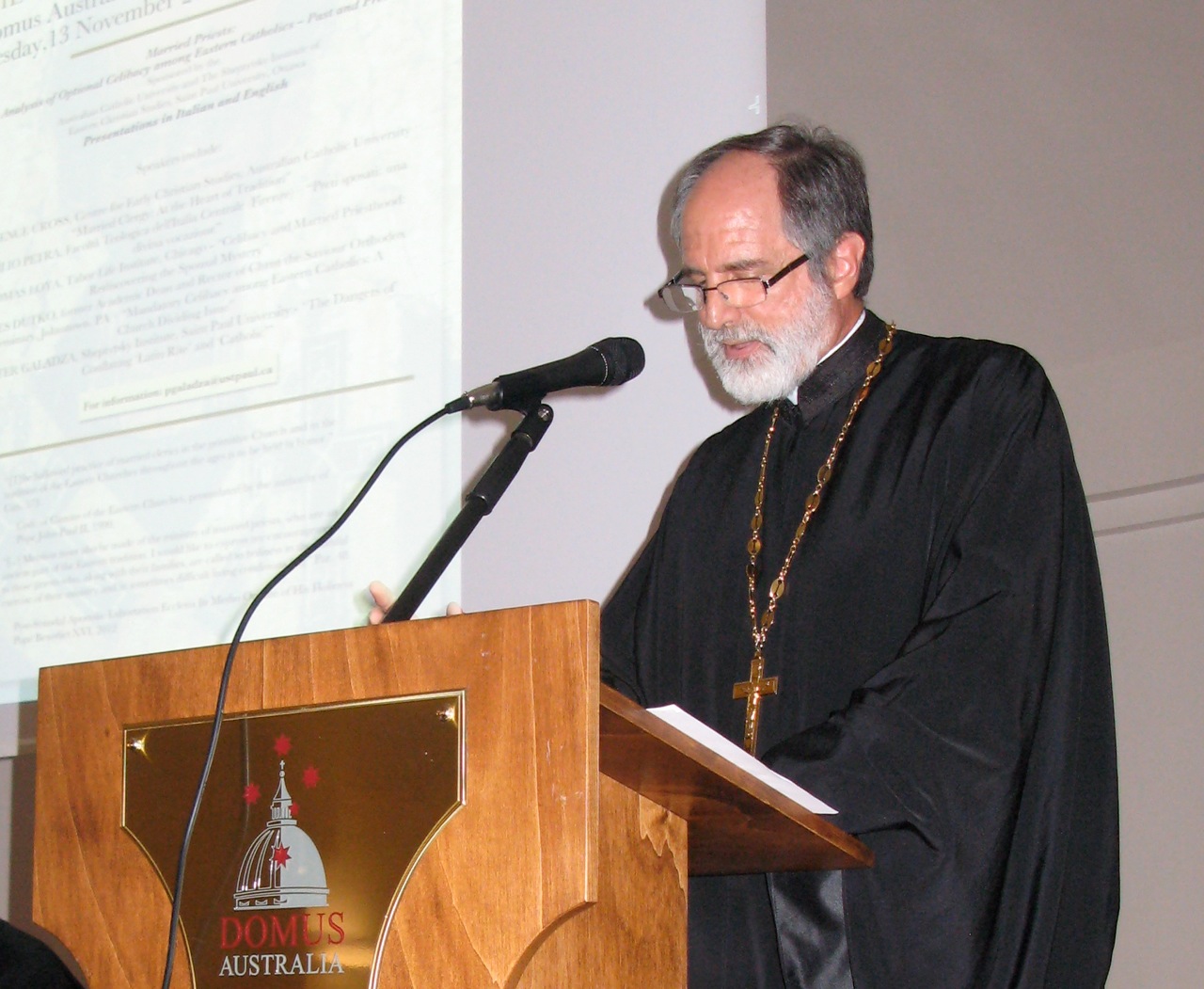 Fr. Thomas Loya, told the gathering that it would be a betrayal of Eastern tradition and spirituality to support the married priesthood simply as a practical solution to the priest shortage or to try to expand the married priesthood without at the same time, trying to strengthen Eastern monasticism, which traditionally was the source of the celibate clergy.

Fr. Peter Galadza spoke of the grandparents of his Pani, who refused under Soviet pressure to abandon the Ukrainian Catholic Church to enter Russian Orthodoxy and thus spent seven years in prison and in exile in Siberia. He noted that Ukrainian Patriarch Sheptytsky, who in the early years of his episcopacy expressed support for a celibate Eastern Catholic clergy, changed his mind after years in Soviet prisons where he encountered the faithfulness of married priests 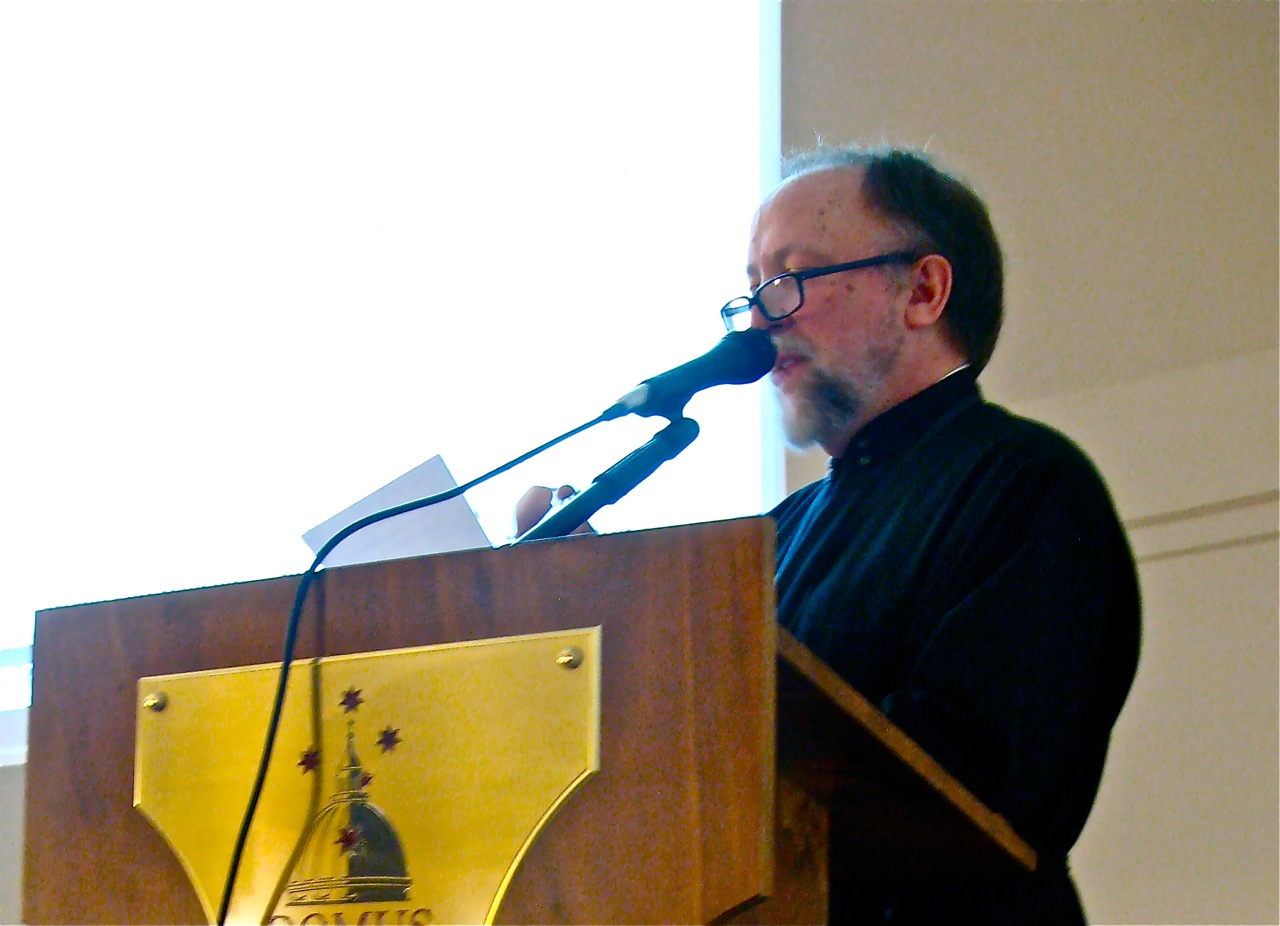 and their panis who also suffered in exile and in prison.

"As we celebrate the 50th anniversary of the opening of the Second Vatican Council, we hope the same Holy Spirit, who guided the authors of its decrees, would guide us in implementing them," he said, referring specifically to Vatican II's affirmation for the equality of the Latin and Eastern churches and its call that Eastern Churches recover their traditions."

"There has been a long history of confusing 'Latin' and 'Catholic,'" he said, and that confusion has extended to an assumption that the Latin church's general discipline of having celibate priests is better or holier than the Eastern tradition of having both married and celibate priests.

The topic of my presentation was "Mandatory Celibacy among Eastern Catholics: A Church Dividing Issue." The catalyst for the paper was linked to a Catholic New Service story in May 2012 concerning the remarks of Cardinal Leonardo Sandri, prefect of the Congregation for Eastern Churches in Rome during the "ad limina" visits to the Vatican of Eastern Catholic hierarchs from North America: 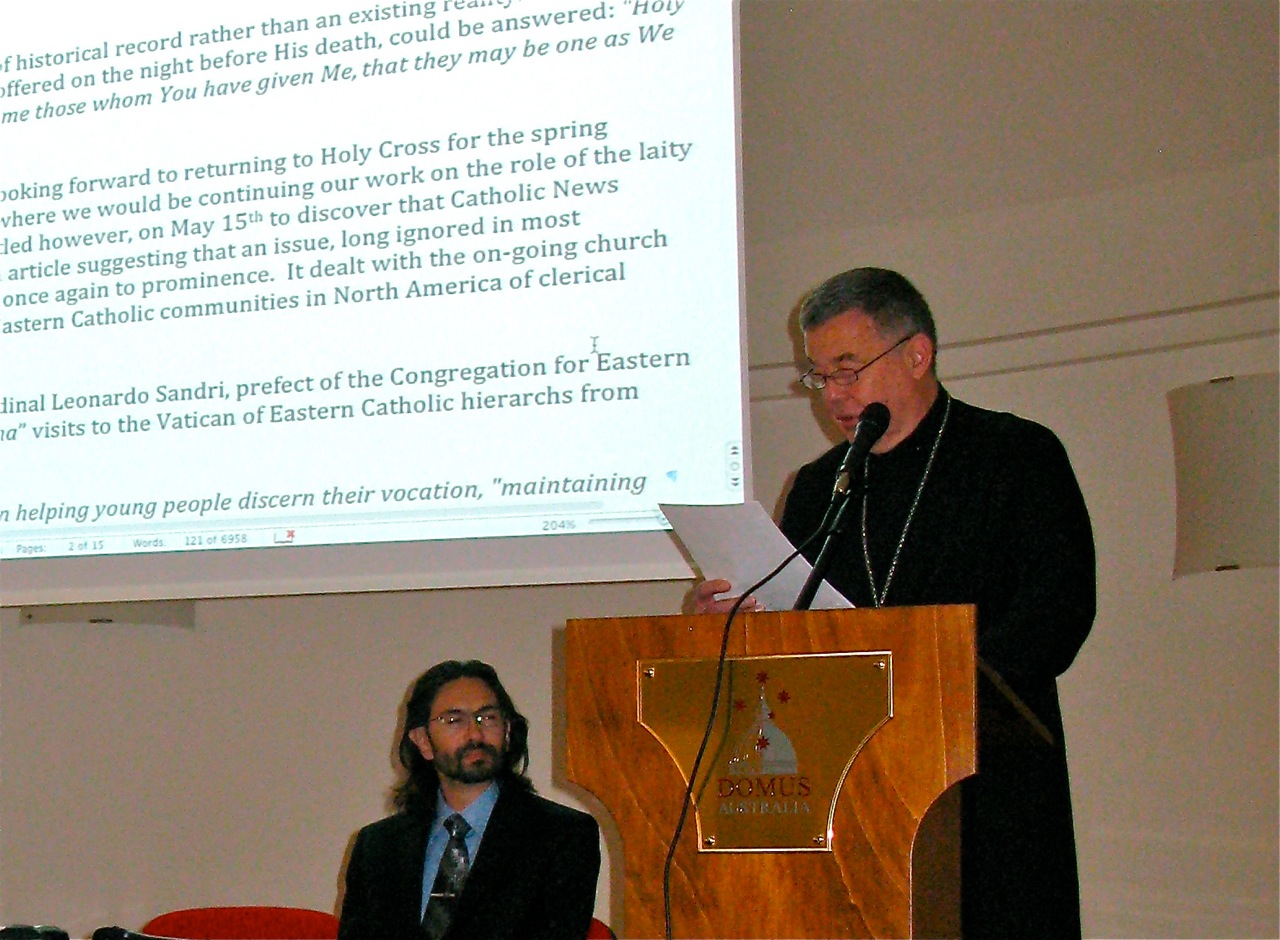 "The cardinal urged care in helping young people discern their vocation, "maintain formation programs, integrating immigrant priests (and) embracing celibacy in respect of the ecclesial context" of the United States where mandatory celibacy is the general rule of priests."

The recommendations of a 21st century Cardinal that the injustice leveled again Eastern Catholics in the 19th and 20th centuries forbidding married priests to serve (and thus be ordained) in North America be maintained brought to the forefront an awareness of how this issue had been divisive in the past. Even more, it was indicative of how it still impacted Eastern Catholic candidates for Holy Orders and their churches in North America in the present, and how it would serve as a major obstacle in healing of the chasm between Christian East and West before the 1,000th anniversary (in 42 years) of the Great Schism of 1054.

I discussed at length the impact of 1929 mandate, which ignited the second major rupture in the Greek Catholic communities. After years of efforts to overturn the mandate, developments were traced leading to the creation of the Carpatho Russian Orthodox diocese under the Ecumenical Patriarchate and the consecration in Constantinople of Bishop Orestes Chornock 75 years ago.

I spoke of the Vatican II Council's affirmation a half century age of the historic Sacred Traditions of the Christian East and the subsequent efforts by Eastern Catholic bishops to restore their right to ordained married men to the priesthood in North America. At the present time, married candidates for the Eastern Catholic priesthood in North America are to be evaluated on a case-by case basis in Rome. No married men, however, have been ordained in Pittsburgh since 1929.

Finally, I expressed my concerns, after serving on the North American Orthodox-Catholic Theological Consultation since 1989, that the ultimate goal of healing the millennial old division in the Body of Christ could not be overcome if the ban remained in effect.

Be an Agent of Healing!

In the presentation, I also spoke of how the ban impacted life at the parish level in communities like St. Michael's in Binghamton, NY. Likewise, I shared some insights regarding the priesthood of Fr. Stephen Dutko and how a person of faith can help to heal the wounds of the past. The mandate to do so is clear in Our Lord's very prayer, "May they be one as You and I are one." I presented His Eminence with a copy of the text of my paper. I also gave him a copy of Fr. Barriger's historic study (Good Victory) on the life of Bishop Orestes and the establishment of the diocese. Finally, I presented him with a copy of St. Michael's Centennial Journal, which outlines parish life in a community directly affected by the priestly celibacy mandate of 1929. 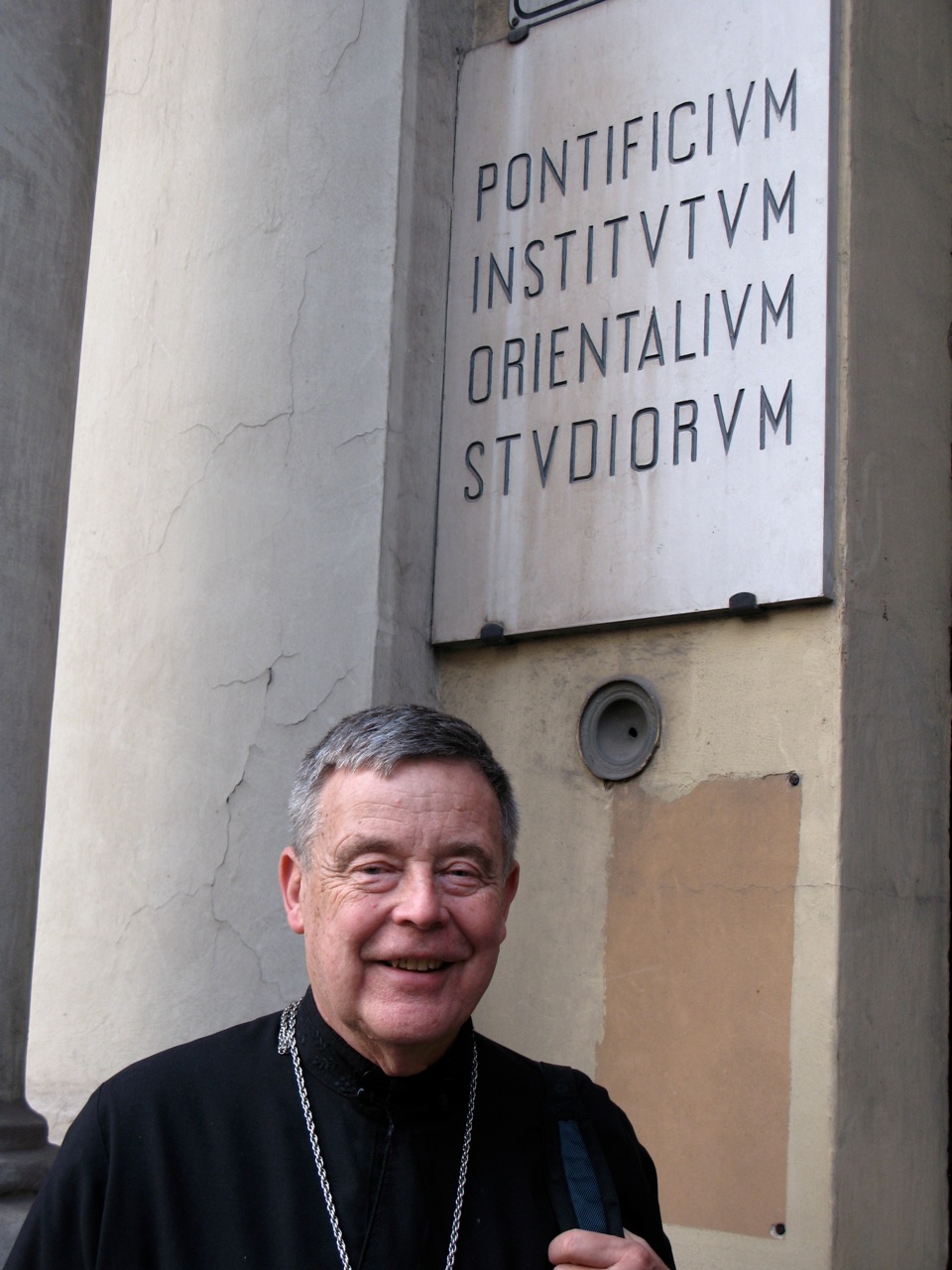 I also had the opportunity to attend Vespers on two evenings at the Russicum and visit students and faculty from the Oriental Institute for Christian Studies. (Our Patriarch Bartholomew was a graduate of this faculty when he was a young theologian.)

I am very grateful to the clergy and faithful of the diocese for your encouragement and prayers during my visit to Rome. May Our Lord bless one and all!

Some segments of this report, dealing specifically with the presentations by Fathers Cross, Petra, Loya and Galadza, appeared in the Catholic News Service article, "Eastern Catholics Explain Tradition, Value of Married Priests," by Cindy Wooden, November 23, 2012. Fr. Peter Galadza's interview with Vatican Radio can be accessed at:

Very Rev. Protopresbyter James S. Dutko is Pastor of St. Michael's Church in Binghamton, NY, and presently serves as Dean of the Southern-Tier Deanery of the American Carpatho-Russian Orthodox Diocese of the U.S.A.   He has been a member of the North American Eastern Orthodox/Roman Catholic Theological Consultation since 1989.